We have a choice… 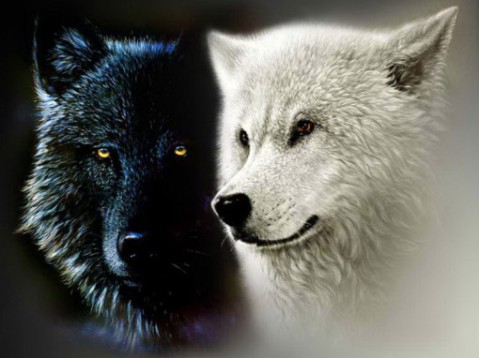 Yesterday I received a ton of text messages and phone calls from my business partners throughout the country.  The most interesting part wasn’t “what” the messages said but rather “how” it was said.  Here’s the back story… Our company is releasing very exciting new product.  We have been told what it is and when it will be released but there is very little additional information available until Dec 15th of 2015.

With that in mind, the messages that I was receiving on the topic were as different as the colors black and white.  As I was thinking about the tone of the messages last night, I realized that I had the topic for my blog today.  And for the record, this may be the single most IMPORTANT LESSON THAT ANYONE, REGARDLESS OF AGE, RACE, GENDER OR PROFESSION CAN LEARN.

The lesson? Mindset matters and you/we have a choice.  What I found really interesting yesterday was that there were two groups of people. Each group had exactly the same information to work with, yet their views on the subject were the polar opposites.

It didn’t matter what part of the country the people were from, what their age was, their race or their gender.  The only thing that divided them was how they were looking at the situation.  One group was happy, excited, and optimistic.  The other angry, jealous, mad, frustrated and confused.

I think that I was able to identify the differences in the groups because I have belonged to both at one point or another in my life.  The interesting part is that when I was in the happy, excited, and optimistic group, my life was great and I accomplished everything that I wanted to do.  However when I was in the angry, jealous, mad, frustrated and confused group, my life went the other direction.

Then one day, when things weren’t going so well, someone I love very much, punched me in the face with “truth” and luckily, I woke up.

For those of you in the angry, jealous, mad, frustrated and confused group, please don’t be mad at me for calling you out.  What you have to understand is that the only person you are hurting is YOU.  In order to get where you want to go, you MUST change your thinking.  END OF STORY.  If you don’t, nothing will change. (at least not the way you want it to)

I want to close with an old Cherokee Indian story between a grandfather and his grandson.  I read this story on a regular basis and use it as a compass to keep me on track.  I hope that you will too.  Here’s the story…

ONE EVENING, AN ELDERLY
CHEROKEE BRAVE TOLD HIS
GRANDSON ABOUT A BATTLE THAT
GOES ON INSIDE PEOPLE.

HE SAID “MY SON, THE BATTLE IS
BETWEEN TWO ‘WOLVES’ INSIDE US ALL.
ONE IS EVIL. IT IS ANGER,
ENVY, JEALOUSY, SORROW,
REGRET, GREED, ARROGANCE,
SELF-PITY, GUILT, RESENTMENT,
INFERIORITY, LIES, FALSE PRIDE,
SUPERIORITY, AND EGO.

THE OTHER IS GOOD.
IT IS JOY, PEACE LOVE, HOPE SERENITY,
HUMILITY, KINDNESS, BENEVOLENCE,
EMPATHY, GENEROSITY,
TRUTH, COMPASSION AND FAITH.”

THE GRANDSON THOUGH ABOUT
IT FOR A MINUTE AND THEN ASKED
HIS GRANDFATHER:

THE OLD CHEROKEE SIMPLY REPLIED,
“THE ONE THAT YOU FEED”

Have a great day!

2 responses to “We have a choice…”