He Who Walks on Toes… 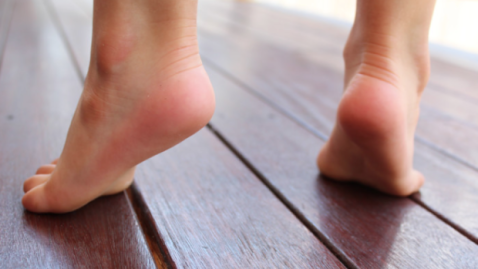 One of my favorite authors is Andy Andrews. He is most famous for his book The Traveler’s Gift. If you haven’t read it, it’s a MUST! I loved it so much that I read it 3 times in a weekend before moving on to another of his books called The Noticer. Talk about a great author! Mr. Andrews has the ability to combine fact with fiction, and craft a story that not only is engaging and fun to read but leaves your mind full and your soul craving more. In The Noticer, Mr. Andrews states that if you accept negative character traits and qualities in the people that you surround yourself with, it is because you are also exhibiting those same negative qualities. It is a new twist on the old saying that you become the sum of the five people that you spend the most time with. However when I heard Mr. Andrew’s definition, it was the first time that I considered that your circle of five had as much power to pull you down as it does to lift you up.

One of the greatest powers that another person can hold on you, is that of influence. It starts when we are little babies. We are influenced by the world around us. Our parents, our siblings and our environment shape us rapidly into who we will become. I’ll never forget the first time that I saw the “toe walkers” in person. The “toe walkers” were a family of four, a Mom, Dad and two boys approximately eight and nine years old. Though I didn’t know the “toe walkers” personally, it never ceased to amaze me that their family all walked EXACTLY the same! I had never seen anything like it. Each time they took a step, their heals NEVER hit the ground. It was as though they all mastered the art of “sneak” walking. You know when you tip toe around a corner in hopes to catch someone off guard so that you can surprise them and make them jump! Not only did they master the “sneak” walk, they could do it fast! Each speedy step they took, came with a bounce. If you were on the other end of a crowded hallway, you could easily see their heads bounce up and down. What always fascinated me was that the mother and the father shared the exact same walk! It was easy to understand why the kids did it, they had simply modeled the behavior of their parents. But the parents? How in the world did two people, that walk so differently than what we perceive as “normal” end up together? To this day I am left wondering if they  were both born “toe walkers” and though fate and a little bit of luck they ended up in the same small town, fell in love, got married and immediately started to create their own tribe of “toe walkers”. Or was it out of love? Did one of the love birds so love the other that they were influenced by and ultimately decided to live the rest of their life walking on toes and raising their children to do the same? Unfortunately, I will never know. If I were to guess, I would say that it is more likely that the later, or at least a subconscious version of it, is true.

Now please understand, I have nothing against the “toe walkers.” I am in no way picking on them or making fun of them. In fact, the few times that we interacted, I found them to be really great people but I am still perplexed by the power that influence and modeling of the behavior of those closest to us has on our lives. The theory that you become the sum of the five people in life that you associate with most, is the real deal. Whether you consciously pay attention to the relationships you keep or you ignore them all together, it works the same. You will become those that you spend the most time with. So when God tells us in Proverbs 22:24 “Do not make friends with a hot-tempered person, do not associate with one easily angered.”  God is saying that not only will these people will cause you stress, fear and anxiety but through association with them and their influence on your life, you too will become hot-tempered and easily angered.

Are you accepting the negative qualities and traits in those that you’re surrounding yourself with? Have behaviors that once bothered you deeply become a part of your daily existence? Do words and phrases that you used to find offensive suddenly find their way out of your mouth? Have you “grown out” of life long, quality friendships with good people because you don’t seem to have anything in common anymore? If you have answered “yes” to one or a all of these questions, I suggest that you take a deep look in the mirror. Because  you might just find that YOU have BECOME what it was that you once despised.

Have a great Day!

PS- Here is an action step. Take a few minutes today and write out the characteristics, qualities and values that you desire to have then take a look around and see if those you are spending the majority of your time with possess those qualities or if it is time to look for people that do.

PSS- Here is a super extra credit action. Write down 3-5 things that drive you crazy about a friend or partner then ask yourself where you exhibit the same behavior of that which drives you crazy when they do it! (Remember to be super duper pooper scooper honest with yourself) Enjoy!