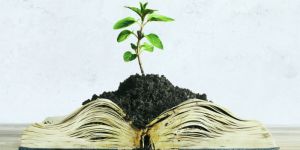 Growing up, the thought of God was always something that scared me. It was kind of like the feeling you get when you would be around that scary, angry big uncle of yours. God was distant to me. I would go to church and sit in the pews. I would stand, sit, and do my best repeat what it was that I was supposed to repeat when the priest would look up to his congregation for the response. The best I could do is was to move my mouth so that it would look like I was playing along with the rest of the crowd. All in all, the experience wasn’t very pleasant and to be honest, I didn’t look forward to going to church on Sunday mornings. In fact, I would say that I rejected the idea all together. I would rather go ride my bike, play in the sand box or one of a hundred other things, than go to church.

As I grew up, I would sporadically give church a try. I tried one church, then another. Sometimes I would like a service a great deal, other times, not so much. I tried different religions and even nondenominational. But in the end, the results were the same. I feared God but I had little to no relationship with him.

With that said, I don’t think that my lack of relationship had as much to do with God as it did with my perception of church and organized religion. WARNING: What I am about to say, may be highly offensive to some people. With that said, take it with a grain of salt and instead of immediately rejecting my words, please try to see it from the perspective and the intention that it was written. Okay, here goes…

As an adult, I realized that my greatest issue with God and more so organized religion was that many people I knew claimed to be “religious”. They touted themselves as Christians. They would let people know publicly about their faith. On Sunday mornings, they would do all the right things. Serve, donate money, get all dressed up and even bring the donuts. On the outside, they looked perfect. They always seemed to know the right thing to say and would end a tough conversation with an “I’ll pray for you” or “God bless you”. And though at times it seemed very comforting,  something told me, that all was not exactly as it seemed. I felt this way because although these people were certainly looking and acting the part, I also knew some of them on a business or personal level and even though on Sunday they were model Christians, the rest of the week I would witness business and personal transactions from a variety of self-proclaimed Christians that was anything BUT Christian like.

It was this realization that kept me from wanting to develop my relationship with God. Then I met a friend who introduced me to God in a completely different way. It was just a few months after separating from my wife that I was searching for comfort. I found that comfort in the wisdom and hidden meaning of life through quotes on the internet. I would find a quote that resonated with me, copy it and immediately send it to her. She would shortly thereafter respond to me with a  proverb or bible verse that nearly mimicked the quote that I had found. After this happened numerous times, I realized that I may want to ask her more questions about God. When I did, she never judged me, she would simply answer the question and allow me to challenge her response with a response of my own.

As time passed, I grew more and more interested in what the Bible had to say. As my interest grew I began to ask people in my life if they had read the Bible. Not just a few chapters, but the whole Bible, front to back. The answers I received shocked me. What I discovered, is that regardless of the position someone would take in regards to the Bible, most had never fully read it if front to back. I found this to be quite hypocritical. How can you argue for or against something that you have never taken the time to completely read.

It was with this realization in mind that I made the decision to read the Bible front to back over the course of a year. To this day, it is the only New Year’s resolution that I have ever followed through on. Maybe it was the fear I had that God was watching that kept me going or maybe it was that I didn’t want to be another person that talked about things I didn’t fully experience personally, whatever it was, one year after starting to read the Bible, I finished it. I was very proud of myself.

Through the process, I learned some unexpected lessons, none bigger than a conversation I had with the life coach I was using at the time. I remember her words clearly. I was telling her how excited I was that I was able to complete my task. I  remember feeling pretty good about myself then she said, “that’s great Kevin but let me ask you a question. Did you just read the Bible or are you going to live it?” In that moment I realized that if I talked about the Bible but didn’t live its words, I just like many the others I was put off by, would be being a hypocrite.

After a brief conversation, we conclude that a great place for me to start “living the Bible” would be in the book of Proverbs. The book of Proverbs was written by King Solomon. It is taught that in the Bible that God appeared to King Solomon in a dream and promised him anything that he asked. Solomon chose understanding and discernment, asking God to help him govern his people well and wisely. God was so pleased with his request that he granted it, along with great riches, honor and longevity. It was because of this that King Solomon is known as the wisest man that has ever lived and the book of Proverbs is his account of the wisdom bestowed to him by God.

As a personal coach, I read a lot of self-development books. What I find interesting is that there is rarely an original thought in any of them. Don’t get me wrong, I love reading them and I often find wisdom in everything I read but these books are rarely original thought, rather they are someone’s interpretation of someone else’s thoughts many times originating from the Bible.

Okay, now that I laid all that out, what is the purpose of my ramblings? My purpose is to assign myself and anyone who chooses to follow along, the simple, yet committed assignment that my life coach gave me several years ago. That assignment is simply to “live” the Bible. I will be doing so by reading 1 of the 30 chapters of proverbs each day. After reading the chapter, my assignment and yours if you choose to play along, will be to choose one verse that stands out to you, write it down and “live it” for the remainder of the day.

Since there are approximately 31 days in a month and there are 31 chapters in the Book of Proverbs, we will be able to tackle one Chapter and  choose one verse a day.

To say I am nervous about publicly taking this challenge would be an understatement. However, I just can’t help but believe that I, along with anyone else that decides to join me, will receive great benefits in our personal, professional and spiritual relationships. So with that in mind, here is Chapter 1.

The verse I have chosen for myself to day is:

Verse10 My son, if sinful men entice you, do not give in to them.

To me, this verse is saying to pay close attention to those you choose to surround yourself with. The best choice isn’t always going to be the easiest choice or the most glamorous. When you choose, choose wisely. Search their hearts and pay attention to their motivations.

Here is the full chapter. Choose your verse for the day and define it for yourself, just as I have defined my verse for me.

Wishing you all the best!

1The proverbs of Solomon son of David, king of Israel:

2 for gaining wisdom and instruction;
for understanding words of insight;
3 for receiving instruction in prudent behavior,
doing what is right and just and fair;
4 for giving prudence to those who are simple,[a]
knowledge and discretion to the young—
5 let the wise listen and add to their learning,
and let the discerning get guidance—
6 for understanding proverbs and parables,
the sayings and riddles of the wise.[b]

7 The fear of the Lord is the beginning of knowledge,
but fools[c] despise wisdom and instruction.

Warning Against the Invitation of Sinful Men

8 Listen, my son, to your father’s instruction
and do not forsake your mother’s teaching.
9 They are a garland to grace your head
and a chain to adorn your neck.

10 My son, if sinful men entice you,
do not give in to them.
11 If they say, “Come along with us;
let’s lie in wait for innocent blood,
let’s ambush some harmless soul;
12 let’s swallow them alive, like the grave,
and whole, like those who go down to the pit;
13 we will get all sorts of valuable things
and fill our houses with plunder;
14 cast lots with us;
we will all share the loot”—
15 my son, do not go along with them,
do not set foot on their paths;
16 for their feet rush into evil,
they are swift to shed blood.
17 How useless to spread a net
where every bird can see it!
18 These men lie in wait for their own blood;
they ambush only themselves!
19 Such are the paths of all who go after ill-gotten gain;
it takes away the life of those who get it.

20 Out in the open wisdom calls aloud,
she raises her voice in the public square;
21 on top of the wall[d] she cries out,
at the city gate she makes her speech:

22 “How long will you who are simple love your simple ways?
How long will mockers delight in mockery
and fools hate knowledge?
23 Repent at my rebuke!
Then I will pour out my thoughts to you,
I will make known to you my teachings.
24 But since you refuse to listen when I call
and no one pays attention when I stretch out my hand,
25 since you disregard all my advice
and do not accept my rebuke,
26 I in turn will laugh when disaster strikes you;
I will mock when calamity overtakes you—
27 when calamity overtakes you like a storm,
when disaster sweeps over you like a whirlwind,
when distress and trouble overwhelm you.

28 “Then they will call to me but I will not answer;
they will look for me but will not find me,
29 since they hated knowledge
and did not choose to fear the Lord.
30 Since they would not accept my advice
and spurned my rebuke,
31 they will eat the fruit of their ways
and be filled with the fruit of their schemes.
32 For the waywardness of the simple will kill them,
and the complacency of fools will destroy them;
33 but whoever listens to me will live in safety
and be at ease, without fear of harm.”

2 responses to “Living it!”